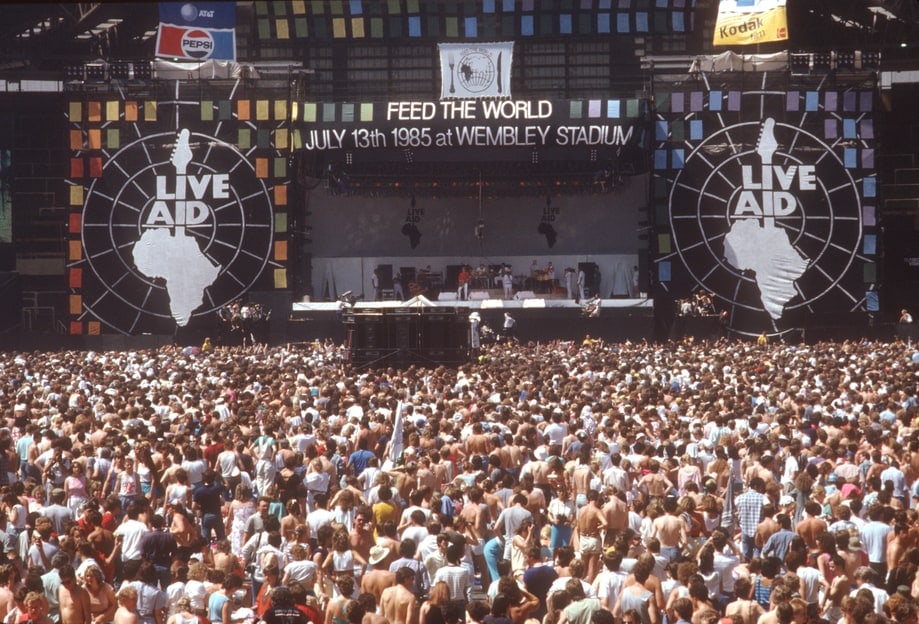 Events Can Change The World

Events can change the world

Events can change the world – we know how large scale public events often change society by disrupting the status quo.  The Live Aid concerts in London and Philadelphia on 13th July 1985 challenged politicians to tackle famine in Ethiopia.  The global media impact was immense, but the outcome is still debated.

“The impact of Live Aid on famine relief has been debated for years. One aid relief worker stated that following the publicity generated by the concert, “humanitarian concern is now at the centre of foreign policy” for western governments. (Sir Bob) Geldof states, “We took an issue that was nowhere on the political agenda and, through the lingua franca of the planet – which is not English but rock ‘n’ roll – we were able to address the intellectual absurdity and the moral repulsion of people dying of want in a world of surplus.” He adds, Live Aid “created something permanent and self-sustaining”, but also asked why Africa is getting poorer. The organisers of Live Aid tried, without much success, to run aid efforts directly, channelling millions of pounds to NGOs in Ethiopia. Much of this, however, went to the Ethiopian government of Mengistu Haile Mariam – a regime the UK Prime Minister Margaret Thatcher wanted to “destabilise” – and was spent on guns.”

This dramatic example underlines the power and potential of live events to promote a message and inspire an audience, but it also demonstrates that the scale of the event and its creative content, however impressive, are not enough to guarantee success.

Events can change your world

So when you decide to hold an internal meeting, present a new business strategy at a conference, launch a new product or organise an awards night, do you consider all the possible consequences?  There are two main factors affecting the success of a live event, which are planning and predicting.

Planning an event is all about logistics, practicality, timing, costing, creativity and hands-on management.  Agreeing the purpose of the event and defining measurable objectives are essential to clear communication, audience response and engagement.  Skill at negotiating with suppliers to deliver the optimum experience is an integral part of expert event management.

Predicting the outcome of an event is a complex challenge. Identifying the threats and opportunities being faced and considering the impact of the event on its audience sometimes dictate both the content and style of the event itself.  In other words, a full risk/reward analysis is required before the event is confirmed.  Reputations and futures can be affected by live events and you want to ensure that they change your world for the better.

A live event is a dynamic, interactive medium for change.  Managed professionally, an event stimulates interest, provokes reaction and encourages involvement.  The post-event phase is as important as the event itself.  Using Event ROI methodology is not only about return on investment (ROI) but also about monitoring the change in attitude and behaviour which the event will produce.  If you want to change the world, you need people to support your aims and make an active contribution to the cause.